Families and I celebrated the little land creature - squirrels! At first I was a little apprehensive with the theme because I didn't know if I would be able to find enough stories or activities that would be great for my storytimes.  But I did! The programs were a huge success! The books were a great choice. The songs were fun.

LETTER OF THE DAY
Since we squirrels was a the theme the Letter of the Day was "S." I asked the children to name words that begin with that letter. I had answers like "shark," "sun," "sky," "seed," "sea," "sandcastle," "spider," "snowflake," and "snake." I had some pieces from other flannel boards to help enhance the answers. 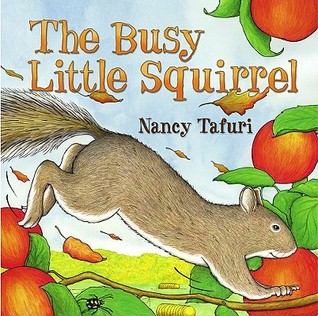 BOOKS
Nuts to You! written and illus. by Lois Ehlert (T)
I was wondering how the families would react to this story since the text is very simple and the illustrations were so close up. But, I was wrong! They loved it, especially when I shouted "Nuts to you!".

The Busy Little Squirrel written and illus. by Nancy Tafuri (T)
To get the toddlers more into the story I asked them to help me identify each of the animals and make their animal noise.

Scaredy Squirrel written and illus. by Melanie Watt (P)
I find that reading this story you have to very dynamic and funny. The children loved this book! If you have the time - make props!

Erroll written and illus. by Hannah Shaw (P)
This story went better than I expected. They thought it was funny and silly, especially at the ending.

Ol' Mama Squirrel written and illus. by David Ezra Stein
I had planned to read this during Preschool Storytime, but we were having so much fun with the other rhymes and stories that we didn't get to it. It happens. This is a fun book too. I was going to have the children make the "chook, chook" noise! 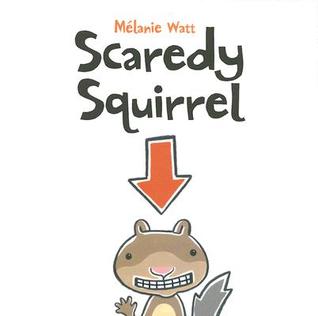 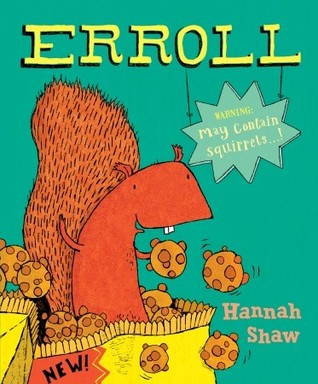 5 little squirrels went out to play
Up in the branches one chilly day.
They had such enormous fun,
Then all scurried home 'cause winter had come.
Note: you can change the season if you need to. I switched it to Summer and they went home because it started to rain (we had a really rainy morning we had our storytime).
Source: Storytime Stuff

FLANNEL BOARDS
Five Little Squirrels  (T, P)
This rhyme is so much fun because you're counting UP and not down, which is typical for counting rhymes. I made simple squirrels for this rhyme by using the template created by Melanie Fitz that was shared on the Storytime Stuff blog. I didn't make a tree branch or anything to go with the the squirrels, but I did place them on the lower portion of my flannel boar and moved them up when another one joined in on the fun.
Source: Storytime Stuff

"Little Squirrel, Little Squirrel" Guessing Game (P)
I really wanted a guessing game rhyme like "Little Mouse, Little Mouse," and I essentially made one. However, I could not come up with a rhyme to go with it. So! All I did was have the children recite, "Little Squirrel, little squirrel, where are you?" before I asked them if a squirrel was hiding behind a certain felt item. This game was a HUGE hit with the preschoolers. Whenever they found a squirrel the room would erupt in loud cheers of victory! Awesome!

When it came to making the felt pieces (tree, bird feeder, bird bath, acorns, and leaves) I mostly drew everything by hand. The leaves was the only thing that came from a die cutter. For the bird feeder I used a piece of scrap laminate and some bird seeds from home to create an "authentic" look.


ACTIVITIES
Movement Scarves Dancing (T)
Instead of the usual egg shakers I had the toddlers dance around with the movement scarves. I played one song on the iPod to get them loosened up. Then we played Freeze Dance. This was the first time that I have ever done Freeze Dance with Toddlers, and I was very happy with the result... they knew what they were doing! Yay! The families loved it!

Tree Hopping (T, P)
I came across this simple activity while searching the web for more interactive things to for the children to do. This was perfect (especially since my Room of Requirement had two hula hoops handy). I taped die cut leaves to the hoops to make them more tree-like. For Toddler Time I had the little ones jump from one "tree" to another after they picked their craft bag. Since the Preschool Time program was very large (34 children total!) I couldn't do that. So! Instead, they tree hopped as they left the program room after they finished their craft. I even had a couple of parents jump from tree to tree too!
Source: Twiggle Magazine 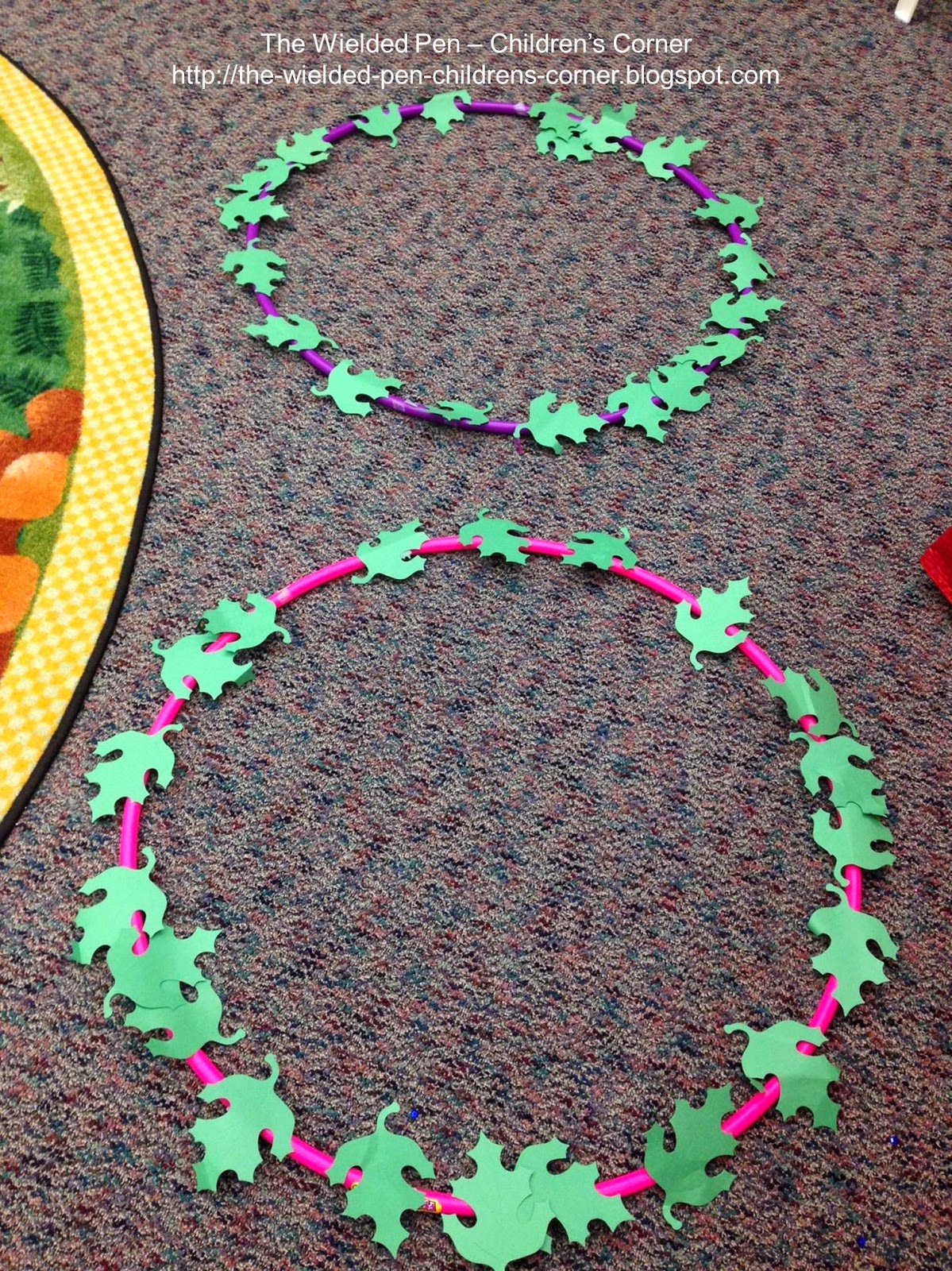 CRAFT
Ss is for Squirrel Activity Page (T, P)
Since it's summer I really wanted a simple craft (Hey! There's a lot of S's in that sentence!). So I created an activity sheet that the children could color, glue a letter S to, and, for the older kids, answer questions. The body of the squirrel came from a Mailbox image and I erased the tail. The letter S was created by die cutting, and it was glued to the squirrel to be its tail. I typed out a few words that began with the letter S and left empty spaces for the children to write their own words. Several of the children did a really good job at doing this. I also had a little question tucked down in the corner of the page: What do squirrels eat? A couple of children new the answer (acorns or nuts). The is was a perfect craft for everyone!