Hedgehogs. Yes, hedgehogs. Let's all go, "Awwww!". A lot of this program was inspired by other storytime bloggers like Storytime ABC's and Notes from the Story Room because they did such a wonderful job. Thank you, ladies! 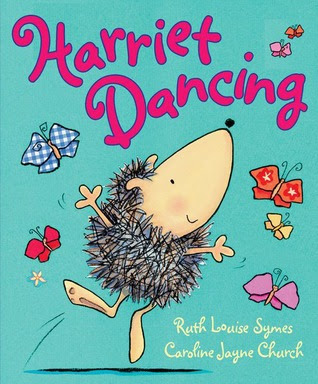 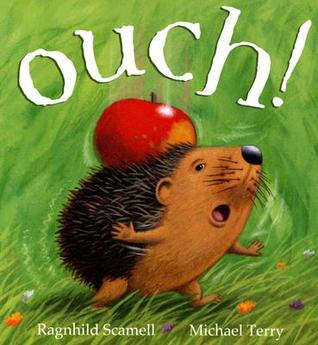 BOOKS
"Hedgehog" Draw-and-Tell story written by Linda Meuse (T, P)
I really enjoyed doing this draw-and-tell story. It was the very first thing that I did before we started the program so that the families had to guess what the program theme was. The preschoolers already had an idea because they saw one of books on the table before. The Toddlers really liked by drawing skills, and the Preschoolers were a little less than impressed.
Source: Notes from the Story Room

Harriet Dancing written by Ruth Symes and illus. by Caroline Jayne Church (T, P)
This is such a fun book. The girls in the Preschool Storytime thought it was fun to see Harriet covered in flowers.

Hedgehogs: A Complete Pet Owner's Manual written by Sharon Vanderlip, D.V.M.
I showed this book to both groups because it had a good amount of photos of real hedgehogs. Everyone loved the little pink baby ones. Who doesn't?!

Ouch! written by Ragnhild Scamell and illus. by Michael Terry (P)
Everyone loved this book! I will need to make a flannel version of this one someday.

I'm A Little Hedgehog (P)
tune: I'm A Little Teapot
I'm a little hedgehog, short and round.
Here is my smile, here is my frown.
When I get scared, I roll around.
Just watch me spin across the ground.
Source: Storytime ABC's

ACTIVITIES
Egg Shakers (T, P)
One of our egg shakers cracked because it was being slammed into another one during our play time. Time to think about making more of them!


FLANNEL BOARDS
Ten Little Hedgehogs (T, P)
To create the template for the hedgehogs I drew my own little critter then traced it on my felt. To add some life to each one, and so that I had another activity built into the flannel board, I give five of the hedgehogs little bows to signify them as girls and the boys are regular.

When we did the rhyme "Ten Little Hedgehogs" I had the children take turns and put them on the board. Then we did a little bit of math skills and we had to count how many were boys and how many were girls. Remember to ask: "If we add five boys and five girls, how many hedgehogs do we have total?" You'll find out how many already know how add. Awesome! I should make a frog flannel piece to slap on their at the for next time.


CRAFTS
Dancing Hedgehogs (T, P)
Inspired by the book Harriet Dancing we made our own dancing hedgehogs. To make the spiky part of the creature I actually used a die cut for a patch of grass. I will call myself a creative genius now. For the little head/body I basically cut out little bean shapes with a swoop for the nose. Each child also got flowers they could add to their page. For those who wanted them there were also little red bows too. Mine is enjoying a little ukulele music.