Just recently I helped a mom find books for her children and grandchildren. We didn't have a copy of a book that her daughter grew-up with, but I did find something along the same theme. We then explored books that I remember from my own childhood. The mom really wanted books that her little ones would love and remember when they're older.

This got me to thinking: what are all of the books that I had grown up with. Do you smell a new reading list? I do! 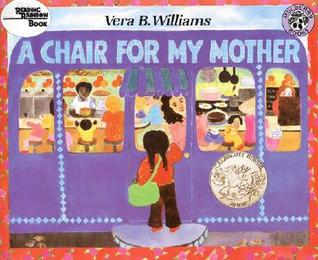 Whenever I see these books I reminisce and smile. 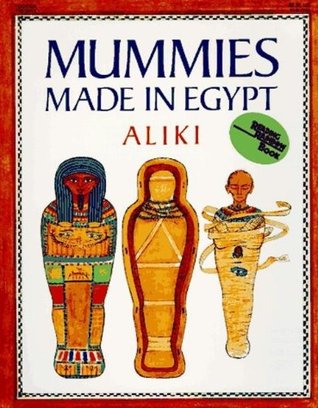 
GROWN-UPS ARE STILL GROWING
In my mind, I'm still growing up. These are books I discovered once I became a grown-up (with a job) that I will never forget. 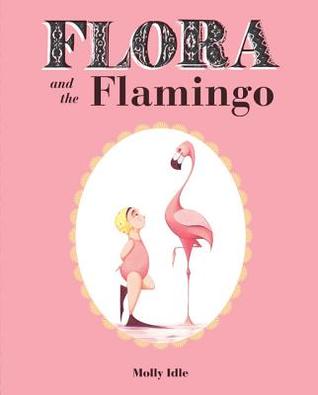 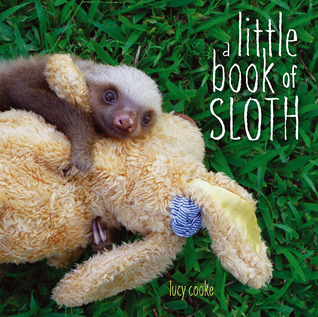 What books did you grew up with that you will always remember?

The Name is Frog... Bullfrog

Yesterday we welcomed an animal expert at my library today for our weekly summer reading program event. Ms. B showed some amazingly cool animals and shared great information about them. One of two that I can't get out of my head is the West African Burrow Bullfrog. He's a giant fellow and was quite mellow as he was walked around the room of the one hundred plus children and guardians. You're like, "Wow! That's a huge frog," especially after you learn that he'll double his size (he was currently the size squished honeydew mellon). And then... Ms. B talked about the what he ate. Insects. Sure. Detectible. Mice? Yes. Wait! What??? Mice?! Yes. They eat mice. And to help them swallow said creature they use their buggy eyes, which pop out of their head, to push the little thing in! Gulp! Wow. I'm still in shock!

So! What does a Children's Librarian do when you got mice-eating bullfrogs on the brain? Why, make a reading list about frogs and toads, of course! 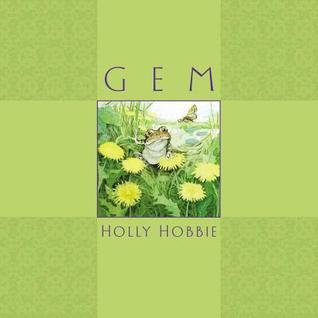 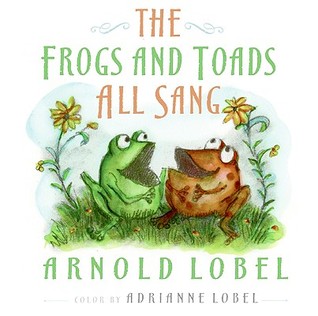 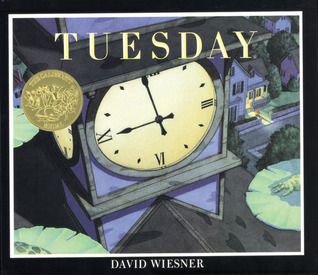 Do you have a favorite frog or toad story book?

P.S. The other creature that is on my mind is the coatimundi, which is a mammal native to Texas. I got to hold a six-month, bottle fed little one. She was so wiggly and curious, and her paws were uber soft like baby toes. SO ADORABLE!

Posted by Dorothy at 7:19 AM No comments: 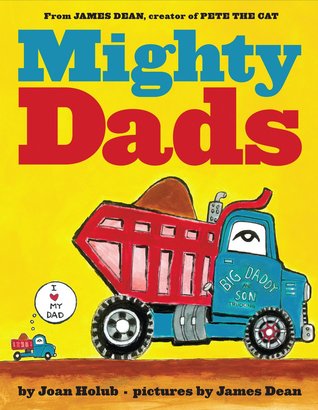 Just in time for Father's Day there is a new book to share with you all!

BOOK REVIEW
Dads do many things. Even construction vehicle dads. Dump trucks, bulldozers, cranes, and the rest of the mighty dads dig, scoop, spin, and lift to teach and encourage their children. The story is in a welcoming and perfect rhyme, and the text is in a bold font that allows the children to see. James Dean's illustrations are absolutely wonderful! They are bight in color and, though simple in general, has plenty of details. The children will love seeing the little construction children next to their dad. There are not too many books about fathers, especially compared to mother books. This is a must read and own book for any family library, school library, public library, and any storytime celebrating everyone's mighty dads!

*Book image was taken from www.goodreads.com.

Posted by Dorothy at 8:16 PM No comments:

You all know the moment. The moment when, while in the midst of an unrelated conversation, you squeal with delight because you just saw the newest book in a favorite series. That was me this afternoon. While talking to my partner in crime, I look down at the cart of new books and I saw these two books! Squeee!

"Last year, Anna Wang learned how to be a sister. This year, when her teacher gets approved to adopt a baby from china, Anna has the chance she has been waiting for - an exciting trip to China. But she wonders: will she feel at home in China - or terribly homesick? This third novel in the heartwarming Anna Wang series, which follows The Year of the Book and The Year of the Baby, five us a larger, more global view of the world through the eleven-year-old eyes of Anna"

Why I LOVE These Books: They're short in length (under 200 pages), but they have a great well-rounded story and characters. As you may tell by the cover artwork that they are multicultural.The main character is from a Chinese-American family, and author Cheng includes Chinese words (and pronunciations) in the book. and The illustrations are simple, charming, and playful - a perfect marriage with the writing. Plus, at the end of each book there is an activity related to the story that the readers are do. I can't wait to read this book!

This is book #4 for the Jane O'Connor's Nancy Clancy (of the Fancy Nancy fame) chapter book series.

The description on the back cover reads:


"Nancy Clancy and her best friend, Bree, are off to solve another mystery - but this time it involves going back in time! As Nancy's class learns about time capsules in school, another relic from the past pops up in the present. When Nancy finds an old desk at a tag sale, she soon finds out that someone left behind a key. Nancy and Bree set out to unlock the secret of the silver key in the hopes of finding some treasure along the way. But unlocking the mystery soon proves to be harder than they had thought, and when the answer isn't what they expected, they learn there are some things that remain timeless forever."

Why I LOVE These Books: I really enjoy reading stories about the older Nancy. As usual there is a plethora (that's another word for a lot!) of fancy, big words to introduce to a young reader's vocabulary - which is down right awesome! I also love mysteries, and Nancy and Bree are detectives! There is always a lesson to be learned somewhere in the story. It's great that O'Connor has written juvenile fiction books because children who start out with the picture books and beginning reader books will have something to welcome them into the world of chapter books! Finally, these are just plain fun!

I can't wait to read these!

*Book images were taken from www.goodreads.com.
Posted by Dorothy at 8:00 PM No comments:

This storytime theme was used for my summer kick-off storytime day! My library system creates its own Summer Reading Program theme in lieu of following the Collaborative Summer Library Program theme. This year it's "Make A Splash: READ." To along with that many of the summer storytime themes will be connected with ocean life and the beach. Today we celebrated the Ocean!

I have been working on introducing new elements to my storytimes - especially in the real of early literacy. So far I've added in the Letter of the Day concept, which I'm easing into the program. During summer it's harder to help the little ones do letter recognition and word relation when you have school-age siblings shouting it out all the time. I'm sure that by the time the fall season begins I'll have it all planned out. I've also started having reusable name tags again, which adds a refreshing excitement to the programs again. 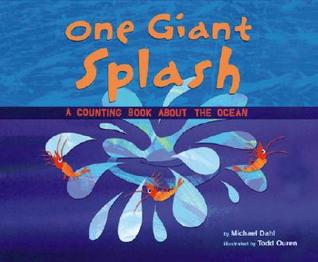 BOOKS
One Giant Splash: A Counting Book About the Ocean written by Michael Dahl and illus. by Todd Ouren (T)
The families loved this book. I like how it showed different sea creatures that the children may not have known about yet.

I'm the Biggest Thing in the Ocean written and illus. by Kevin Sherry (T, P)
This is such a fun book! The guardians, especially, enjoyed the humor of the squid discovering that it is, in fact, not the the biggest thing in the ocean.

Wow! Ocean written and illus. by Robert Neubecker (P)
Initially I thought to share this with the Toddler Time group, but knew that all the detailed illustrations may be lost on the little ones. The Preschoolers (and older siblings) liked it more.

Tickly Octopus written and illus. by Ruth Galloway (P)
This was a nice book; however, the children weren't as into it as I would've liked them to be. 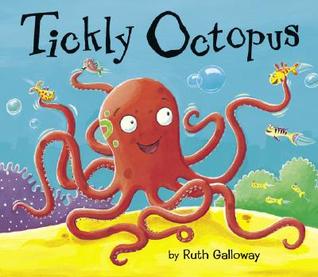 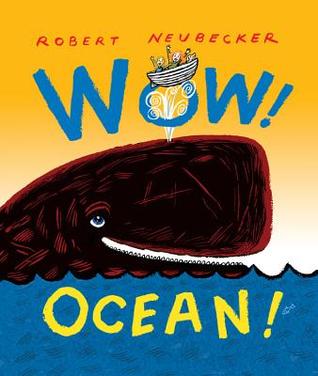 ACTIVITIES
Egg Shakers (T)
The toddlers love egg shakers. We have a number of new young ones who are still learning to throw caution to the wind and shake their little hearts out.

FLANNEL BOARDS
The Fish in the Ocean (T, P)
I loved the song that I found over at Read it again, Mom!, especially since it was in a tune that I know really well. To help the children get into the song I made flannel pieces. When it came to creating the flannel pieces I used Microsoft Word clip art for most pieces. The shark template came from Sarah over at Repeat Crafter Me (I've used the shark template for everything this summer!).  When it came to the stingray I hand cut a shape that worked for me. I'm happy to report that the children did guess "stingray" when I asked what it was. Whew!


It's hard to tell, but my crab is more of a coral color. I added the water background to not only make it more ocean-like, but it I didn't want to lose my lobster and crab in the felt background. I'm still getting use to the bright red flannel board on our new storytime easel. It is bright!

Five Little Starfish (T, P)
This is a flannel board that I created a couple years ago with some uber cute starfish. To see how I made it pop on over my Flannel Friday post HERE.

LETTER OF THE DAY
"O" for ocean, octopus (T, P)
I cut out felt letters to put on my flannel board.

CRAFT
Mini Whales (T, P)
I discovered this whale on Pinterest and fell in love. The source site is in a foreign language, but you can figure out how to make the whale by following the step-by-step pictures. It was a little hard for some toddlers to make, but the preschoolers did an awesome job. For sake of simplification for the children I did not have two whale pieces. I simply cut out a strip of construction paper with a stub on one end a tail on the other. As for the water spout, I used a fringed cut rectangle. Tri-fold this then fold the bottom portion to glue to the head of the whale. Of course, you have to ask the kids if they can speak whale when they're done! Many of my children are fluent!
Source: Krokotak

* Book images were taken from www.goodreads.com
Posted by Dorothy at 10:30 PM No comments: